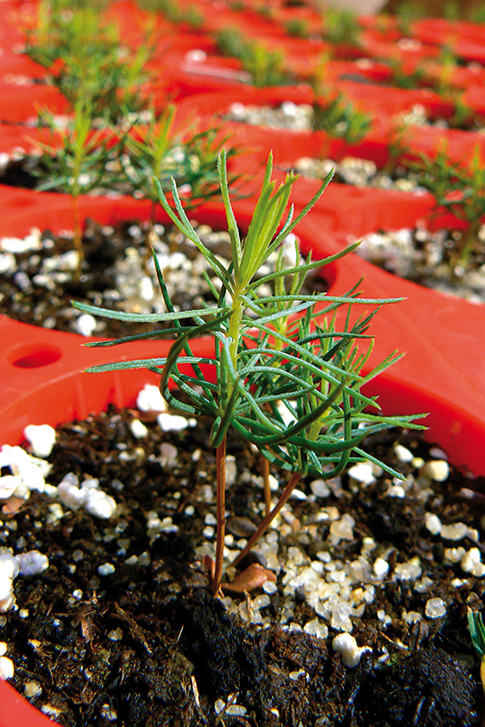 The research initiative “Green Heritage” was launched to improve the production base and stand security for the spruce tree in Austria permanently. For this purpose, the genetic background is investigated for certain properties, in order to develop markers which, in turn, can be used for genetically supported breeding strategies. This research project at BFW is carried out in cooperation with the Austrian Institute of Technology (AIT) and funded by FFG and various business partners.

In the first project phase (2007-2011) it was shown that the growth response of various Austrian spruce provenances to a drought period is differing considerably being strongly influenced by genetic factors. While some provenances reduced their growth during a drought period by up to 85 percent, other provenances showed significantly lower growth losses. For other parameters such as the sprouting behavior, a large variation within a population was observed, whereas individuals showed very constant behavior over the years.

For both features, drought resistance or shoots, genetic markers have been developed in the first phase of the project. Before using these markers on a large scale, however, it is imperative to validate the genetic markers for an alternative independent collective. This will ensure the universal significance in the genome of the spruce which is not just limited to a few single-tree progenies and provenances.

In the second phase of the project (Green Heritage II, 2012-2015 ), this validation is to be achieved over a seedling trial. A total of 120 seeds were sown in the nursery of Tulln, mostly from Austrian provenances. In the first year of growth the seedlings were assessed with respect to bud completion, some growth characteristics and shooting behavior.

In the summer of 2013, the different provenances have been tested for their resistance in the course of a drought stress experiment. In parallel, genetic studies have been made to find markers that are linked to these properties.