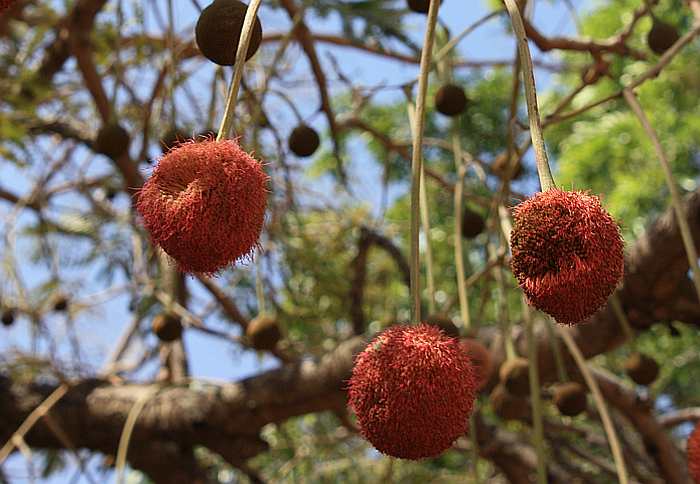 Parkia biglobosa (African locust bean) or Néré is a versatile tree species in Africa. Among other things, it has been and is the subject of a series of genetic examinations and provenance trials with the aim of selecting more drought-resistant forms.

Despite all types of interest in this tree species, we have only poor knowledge about one significant genetic trait of this species: the number of the chromosomes, that is the basal organization of their genetic material. According to literature, different numbers exist in the species (22, 24, 26 in the diploid genome). Such a differentiation would be important for the population genetics of the species or breeding research.

In one project, we investigate the karyology, that means the characteristics of the cell nucleus of the species approximately in its almost entire West-Central African area of distribution. Genome size (i.e., the DNA content of cell nuclei) can be determined relatively fast by so-called flow cytometry. Uniform genome sizes are a first indication of the existence of only one chromosome number. The result is currently being examined by light microscopic determination of the chromosome number of precipitated proveniences.