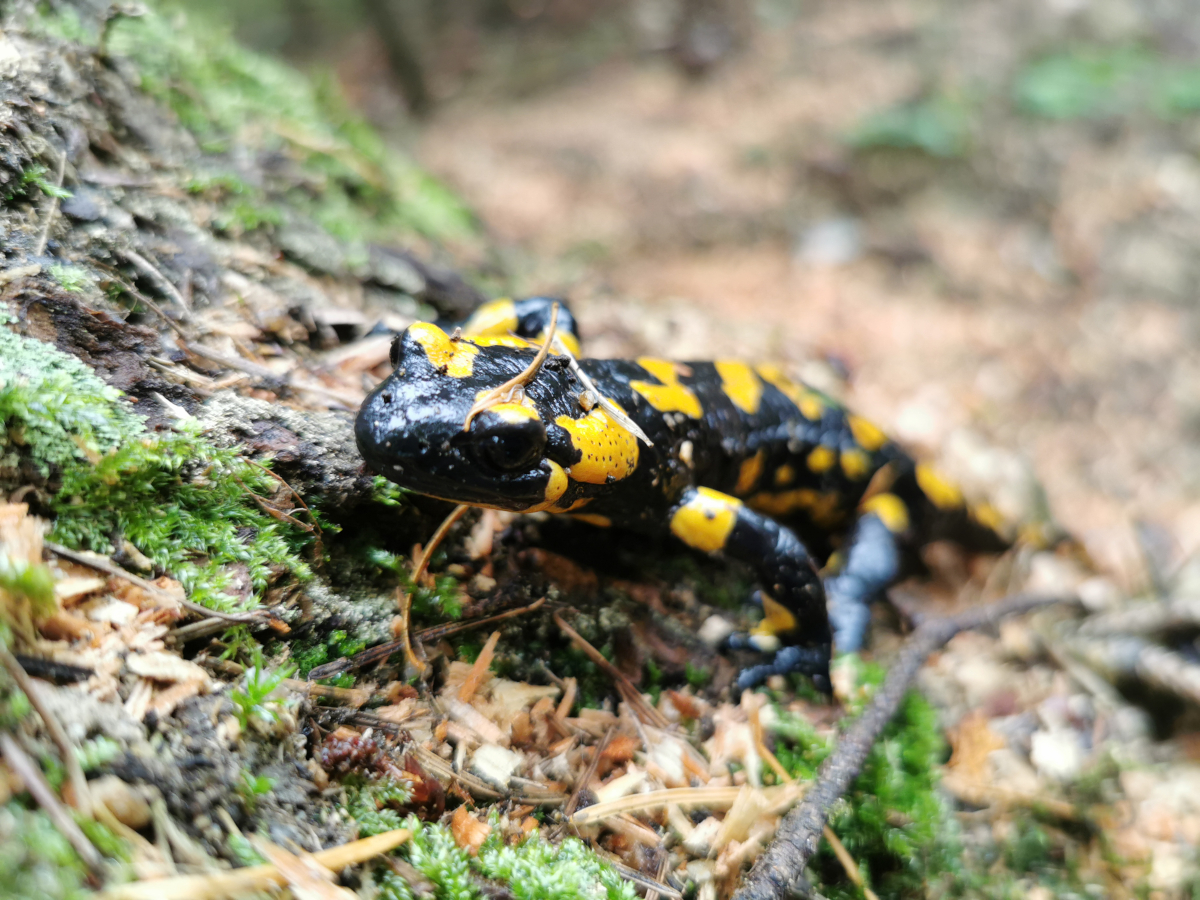 Biodiversity in forest ecosystems is the basis for a wide range of ecosystem services provided by forests. The increasing rate of species extinction worldwide and the inevitable human impacts on biodiversity have increased calls for ecosystem conservation, restoration, and sustainable use. The Salamander project is dedicated to the systematic survey of the 2nd level of biodiversity: species diversity – more precisely, the inventory of species of all taxonomic groups occurring in Austria, based on a comprehensive search of databases, literature, and collections by experts and taxonomists that focus on Austrian forest research.

At the same time, management measures for protection and promotion are formulated together with forest managers and their application in practice is evaluated. In addition to the focus on active forest management through the involvement of forest owners and managers, as well as the scientific community, the results of the Salamander project will be prepared for use in formal and non-formal education, and for the general public.

Amphibians are indicators of intact and healthy forest habitats

Studies have shown that in Europe the class amphibians will be especially strongly affected by negative impacts caused by climate change and agriculture. In Austria, 20 different native amphibian species occur. They are all on the Red List of endangered species in Austria and are strictly protected. At the same time, the occurrence of amphibians is an important indicator of intact, near-natural ecosystems.

The fire salamander (Salamandra salamandra), a typical species found in small stream forests, is considered a indicator species for healthy mixed deciduous forests with dead wood and cool spring creeks. The aspects that exasperate the endangerment are diverse. In addition to climate change and the spread of a fungal disease (chytridiomycosis), habitat loss, death on roads and paths, and fish stocking in still aquatic environments are primarily responsible for the endangerment of native amphibian species.

The inventory of the state of knowledge on the biodiversity of forest-dwelling species is intended to provide basic work on forest biodiversity and to raise awareness of and communicate important aspects for the promotion of biodiversity in Austrian forests. The project thus specifically serves the conservation and protection of endangered species in forest ecosystems.